The Power of Ritual

Katherine is the Co-Founder and Director of Zuna Yoga®. She has additional training in Yoga Nidra, Integral Anatomy, Yoga Tune Up®, Anatomy Trains®, Yin Yoga, Restorative Yoga, Thai Yoga Massage and Vipassana meditation. She has been teaching yoga since 2010 and is based full-time in Bali, where she has guided thousands of students on their own yoga journeys.

This year I’ve had the opportunity to start fresh no less than three times. The first attempt was on New Years Day, January 1st in Charlotte NC, my home at the time. In March I was in Bali for their New Year’s Celebration. And this past weekend marked the beginning of the Songkran New Year festival in Thailand, where Zuna Yoga is currently on location. All of these celebrations were marked by very diverse rituals.

Rather than just going through the motions of another celebration, I decided to look into the rituals unfolding around me, and reflect on the rituals I practice in my own life. First, let’s discuss what defines a ritual. According to Webster, it is  “the established form for a ceremony; .. the order of words prescribed for a religious ceremony. Also, a: ritual observance; … a system of rites. b: a ceremonial act or action. c: an act or series of acts regularly repeated in a set precise manner.”

Songkran, from the Sanskrit word saṃkrānti (“astrological passage”) is a nearly weeklong celebration of the New Year with its own set of rules, albeit precise ones. The first I learned of the upcoming festivities was in the form of a warning: if you don’t want to get wet, stay home. Thais of all ages roam the streets with super soakers, looking for victims. They lurk at roadsides to ambush passersby with garden hoses and buckets. Merry bands pile into pick up trucks to douse pedestrians and other drivers with large barrels of water. With a little research, I learned that this overzealous water fight has its origins in something far gentler, and more spiritual.

Songkran was traditionally a time to visit and pay respect to elders: family, friends, neighbors, and monks. It was a celebration of new life, and also a time of spring cleaning. Buddha statues from households and temples were washed, and the rinse water was considered blessed. By pouring this holy water over their shoulders, people passed the blessing onto their loved ones.

Today, the holiday has degenerated mainly into a ritualized watery street fight. The incidence of road fatalities spikes during Songkran, due to a deadly cocktail of alcohol, unhelmeted motorcycle riders, and unruly crowds hosing down drivers. Witnessing this raucous Thai New Year’s ritual – and even getting doused with water myself on the back of a bike – made me think back to the two other New Years to which I was party this year.

In March I coincidentally rolled into Ubud, Bali, just as preparations for Nyepi were in high gear. The eve of Nyepi involves parades, effigies of demons, and making peace with our darker elements. Nyepi is the Balinese Hindu New Year, and is a day of silence.

Anyone who has visited Bali has noticed the high degree of ritualization of their spirituality. It is therefore not surprising that Balinese New Year comes with a lot of rules. The hotel staff was kind enough to remind me that we would not be able to leave the hotel on Nyepi, but they would – also kindly – keep the lights in our room on, and provide room service. They explained The Rules of the holiday (I paraphrase below):

1. No work or activities. This includes cooking; Nyepi is a day of fasting and purification.
2. No traveling or going out. People must remain silent in their homes. Nyepi is a day of introspection.
3. No entertainment or fun. Entertainment is a distraction that makes us forget ourselves. Nyepi helps us get closer to God.
4. No fire. No lamps, electricity, or cooking fires. Fire is symbolic of anger and lust, undesirable during the holy day.
This was an altogether different kind of New Year’s ritual from anything I had experienced before. Very quiet.

Then I recalled the New Year’s Eve I had celebrated a few months prior, back in the USA. It had been introspective and intimate, with some of the typical elements: champagne, fireworks, midnight toasts.  New Year’s Day is generally for nursing hangovers, eating special good-luck foods, and setting well-intended New Year’s resolutions. What does any of this have to do with the original ritual?

The practice of making resolutions for the new year is thought to have begun with the ancient Babylonians, who set intentions in order to please the gods and start the year off on a positive note. They promised to repay any debts and return borrowed property. They celebrated at the advent of spring. The date was later bumped up to January 1st by Julius Caesar.

The Romans dedicated New Year’s Day to Janus, the god of gates, doors, and beginnings, for whom the first month of the year is also named.  Janus had two faces, one looking forward and the other looking backward. Romans celebrated by offering sacrifices to Janus, exchanging gifts, and throwing wild parties as only the Romans knew how. Pope Gregory XIII cemented January 1 as New Year’s Day in 1582 with the introduction of the Gregorian calendar.

What is the purpose of a ritual, and why do we cling to them? The repetition of movements, actions and words is powerful for a number of reasons. In psychology, the term ritual is sometimes used in a technical sense for a repetitive behavior systematically used by a person to neutralize or prevent anxiety. It is a symptom of obsessive–compulsive disorder. Remember Rainman, and his ritual of buying underwear at Kmart?

Repeated actions can be soothing. The British Journal of Psychology published findings from five different studies on the influence of repetitive behavior on positive emotions. The studies were conducted on flights, in different city neighborhoods, in a lab, and in classrooms. In all studies, participants reported more feelings of safety, confidence, and well-being in routine situations.

Rituals can also be social bonding tools, since performing the rituals signifies conformance and commitment to a group or identity. Examples could be the ritual of an opening chant at a yoga class, the way we celebrate a holiday, and the songs sung by sports fans to bring their teams luck. Rituals give stability to communities, and strengthen social bonds through the sharing of meaningful practices.At their most powerful and transformative, rituals are symbolic acts that promote mindfulness. They are an opportunity to reconnect with ourselves and our intentions.

One blogger on the Jewish Journal offered this lovely phrase:  “We step out of this world to cultivate a meaningful experience and then to return to life changed.” The danger in ritual is that the predefined process becomes rote mechanization. We go through the motions, without actually connecting to the meaning or intention. Ritual, at its worst, distracts us from real life. But at its best, ritual can enhance our mindfulness with which we live.

Take a moment to reflect on which rituals are part of your life right now.  Which enhance your sense of community and connection? Which are merely comforting? Which support your intentions? Which have become mindless routines, void of their core meaning? Which routines no longer serve you? Is it time to abandon old rituals and create new ones, not only in your yoga and meditation practice, but in other aspects of your life? 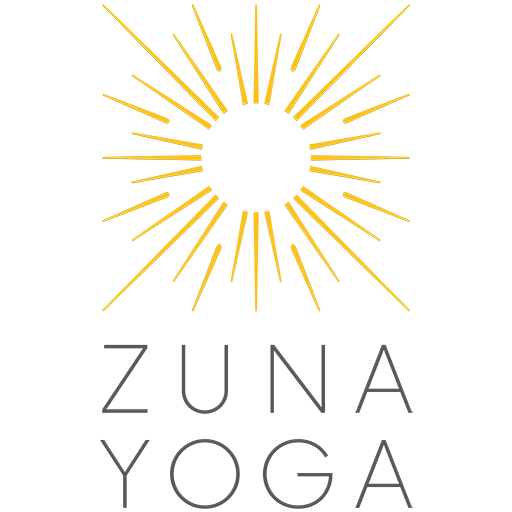